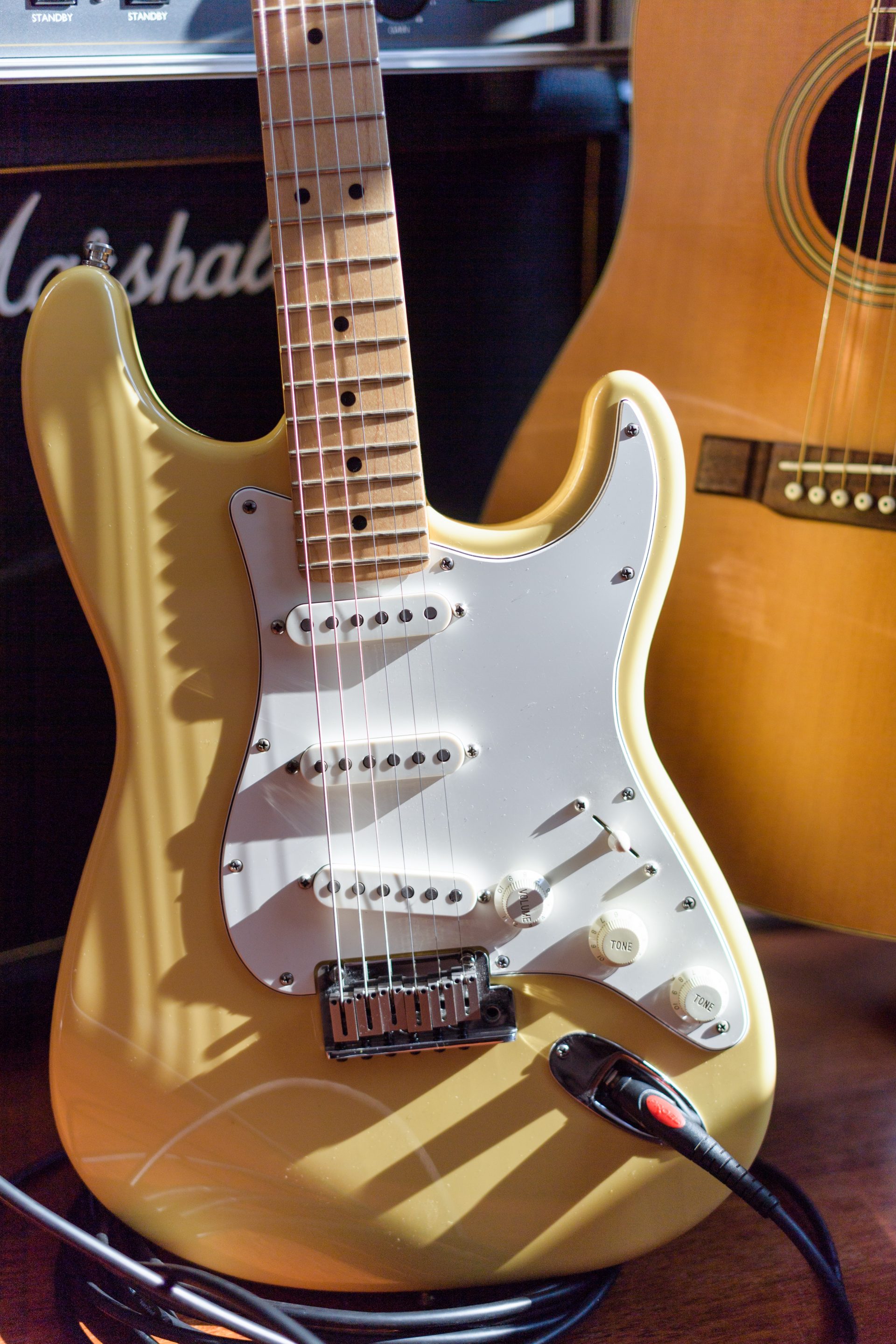 CEO Andy Mooney riffs on the boom in guitar sales during COVID-19 and rethinking business models for the post-pandemic world.

Nearly a year into the COVID-19 pandemic, millions of us have taken up new hobbies, such as baking bread, bicycling, bird-watching — and playing guitar. That’s beautiful music to Fender Musical Instruments Corporation, the market leader in the US$8 billion stringed instruments market, especially after it initially looked like 2020 was going to be a bust. When lockdowns began last year in March, Fender CEO Andy Mooney went into belt-tightening mode, canceling orders; shuttering its headquarters in Scottsdale, Ariz., and Los Angeles; closing factories in Corona, Calif., and Ensenada, Mexico; and furloughing production workers.

Then, in what Mooney described as a goodwill gesture, the private company — majority owned by Hawaii-based Servco Pacific Capital and Tokyo-based Yamano — offered Fender Play, its subscription-based online platform for learning guitar, bass, and ukulele, free for 90 days. Within weeks, the app attracted nearly 800,000 first-time players. Just as suddenly, many of those newbies started buying up iconic Fender guitars (Stratocasters, Telecasters, Jazzmasters), as well as amplifiers, effects pedals, and other gear. By October, Mooney was eyeing record sales.

Fender, which is celebrating its 75th anniversary in 2021, has counted among its devotees virtuosos such as Buddy Holly, Jimi Hendrix, Eric Clapton, Bonnie Raitt, Marcus Miller, H.E.R., and scores of other players. This lends a credibility and cachet that make Fender an in-demand brand among those who both appreciate and want to make music. In a recent Zoom interview with strategy+business from his home office in Hollywood, Mooney — a longtime guitarist himself — talked about how he has fine-tuned the brand’s proud legacy since taking the reins in 2015.

S+B: What happened to your business when COVID-19 hit and lockdowns went into effect throughout the United States?
MOONEY: Until March 17, it looked like 2020 was going to be our sixth [consecutive] year of double-digit growth. On that day, 90 percent of our nearly 1,000 dealers worldwide closed. Our offices and factories closed. We were staring at the edge of a cataclysmic drop-off in sales, so our focus was on cash preservation. We did everything possible to mitigate cash flow. We canceled orders, everybody in the company took pay cuts from 5 to 50 percent, and we canceled bonuses.

Early on after I joined Fender, we had moved all our distribution centers to third-party providers, taking out our capital and lease costs. That proved to be a big blessing, because our third-party provider in the U.S., FedEx, was an essential business. It never closed down when the rest of California, our factories, and our dealers did. We provided a lifeline to the dealers for their online sales, shipping them inventory we had in our warehouse during the early parts of the pandemic.

Introverts and Energy: How to Show Up

The Positive Side of Negative Emotions

Changing Others Is The Most Important Capability A Leader Can Develop